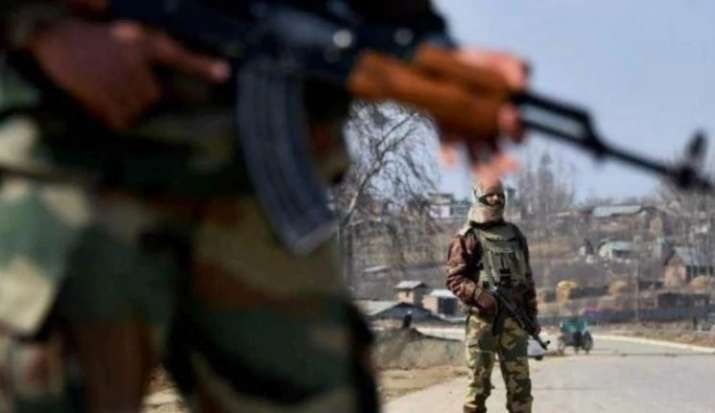 Srinagar, August 06: Two unidentified militants have been killed in a gunfightin Thanamandi area in district Rajouri on Friday.

Official sources told GNS that two militants were killed during brief exchange of fire. However the identity of the slain militants couldn’t be established as of now.

Meanwhile ADGP Jammu Mukesh Singh told that we were tracking these militants since twenty days and today contact was established.

The top cop further said there is possibility of two foreign militants along with one or two local militants trapped in the area.

Earlier in day, reports reaching GNS that a joint team of Police and Army launched a cordon and search operation in Thanamandi.

As the joint team of forces approached towards the suspected spot, the hiding militants fired upon the forces, triggering off an gunfight.(GNS)