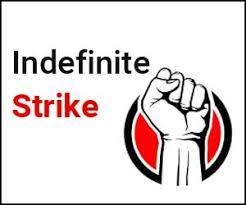 Srinagar, 18 Dec: Over 20,000 employees and engineers of the Power Development Department (PDD) across Jammu and Kashmir are observing indefinite strike, opposing the alleged “privatisation” of grid stations.

“The decision to go on an indefinite strike was taken after two rounds of talks in Jammu held between the Power Employees and Engineers Coordination Committee (PEECC), J&K, and government representatives (Managing Director, JKPDC) failed to yield any result to break the impasse,” said Jasbir Singh, senior leader, Electrical Employees Union, who was part of the employees’ representatives.

“So, we have decided to go on strike from December 18, 2021,” he said.
“Our department was converted into a corporation. We were assured release of timely wages, promotions, and regularisation of daily wagers. However, it did not happen. We were kept in the dark,” Singh said. “They are trying to privatise our grid stations. They converted it into a corporation from the department. Then they did not fulfill the promises made to us. Now, is it possible for us to believe that they won’t sell the grid stations? The employees are feeling unsafe.”

They further added that no recruitment has been done in PDD since, 2016 despite so many retirements & Govt had not fixed any any compensation for the deaths of casual labours/need basis persons, who lost their lives during electric repairs.

Privatization of electricity is no way for power sector reforms, rather it will impact adversely upon poor domestic consumers, medium and small industries and poor farmers. At a time when the economy is in a tailspin and the country is fighting the Covid19 pandemic, such proposals that will favour the wealthy while burdening the needy, are totally unacceptable.

Meanwhile, leader of centre of Indian trade unions Mohammad Yousuf Tarigami Saturday assured his full support to the demands of thousands of Power employees in Jammu and Kashmir who have gone on indefinite pen down and tools down strike against the privatization of grid stations.

PEECC is an amalgam of all the associations falling under the ambit of the Power Development Department (PDD) and caters to the common issues of the employees from the lowest position in hierarchy up to the topmost office bearers on the establishment of PDD.(CNS)

Pakistan: 10 dead and several injured in blast in Karachi