Kashmir man, deported by Qatar, held at Delhi airport for militant links
Srinagar, Feb 05: Jammu and Kashmir Police on Friday arrested a top OGW (Over Ground Worker) of Jaish-e-Mohammed (JeM) Muneeb Ahmed Sofi Bijbehara from Indira Gandhi International Airport, New Delhi.
According to police, Muneeb Sofi had been deported from Qatar on Friday and was working for a Pakistani militant named Waleed Bhai, who was killed in an encounter at Kulgam last year.
As per police records, Muneeb Ahmad Sofi was involved in case FIR No. 58/2020 u/s 13,18,19,38,39 ULA (P) of PS Devsar regarding collection of funds for terror outfit JeM.
During the course of investigation of the said case, one militant associate was arrested who revealed that he along with other terrorist associates were collecting money from various districts in Kashmir Valley for proscribed terror JeM.
Thereafter the said collected amount was handed over to Muneeb Ahmad Sofi who was staying in Qatar & was in contact with a Pakistan based militant namely Waleed Bhai for purchasing of arms and ammunition from Pakistan. It is pertinent to mention that militant Waleed Bhai linked with proscribed terror outfit JeM was eliminated in an encounter at Kulgam last year.
Accordingly, a look out notice was published against Muneeb Ahmad Sofi and a non-bailable warrant u/s 25 Police Act was obtained from the concerned court. Consequent upon the deportation of the said accused from Qatar to India, he was arrested at IGI Airport New Delhi. Further investigation is in progress. (PTK) J&K: All Proposals Above Rs 20 cr To Go Through Administrative Council 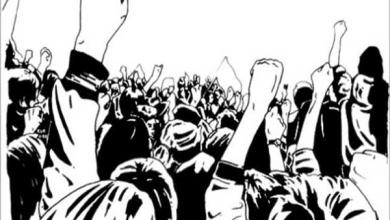 Helpline Established by Handwara Police in view of snowfall