Harish Bangera had been working in Saudi Arabia almost for 6 years and had visited his home in 2019 last.

Bengaluru: A man who was lodged in a Saudi Arabia prison on charges of blasphemy and for posting derogatory messages about Mecca and the king of Saudi Arabia on Facebook returned to India after 20 months.

Harish Bangera, who was arrested on December 20, 2019 arrived at the Bengaluru international airport where he was welcomed by his wife Sumana, daughter Hanishka and friends and later proceeded to Kundapur in Udupi. 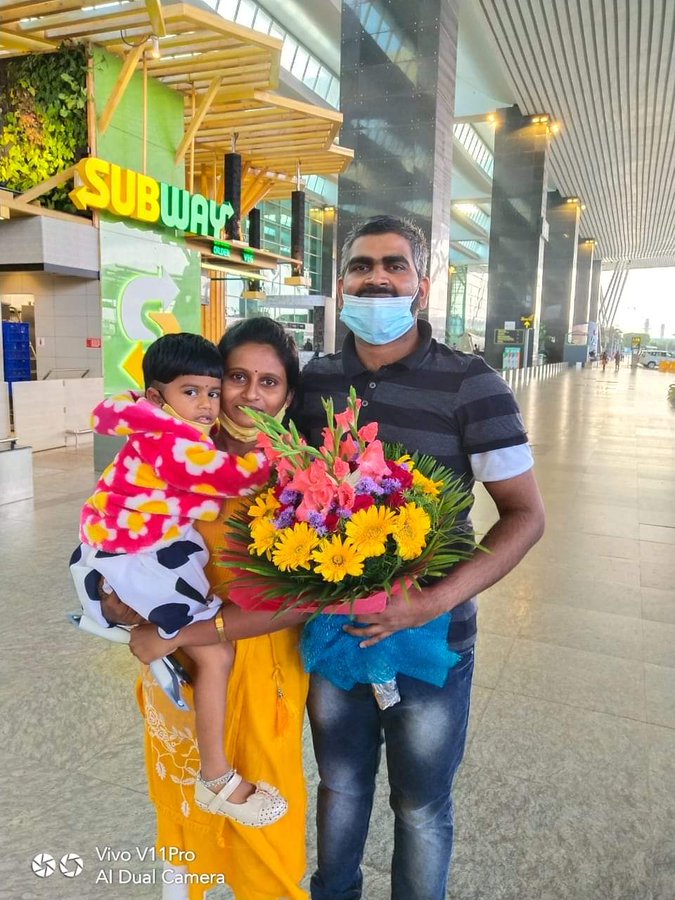 Sumana, Mr Bangera’s wife, who works as an Anganwadi teacher thanked all the people who helped her to bring her husband back. She also said that she hopes that her husband will not go back to Saudi Arabia now, and is looking for help to lead future.

Sumana said that she was faced with a trying time after she gave birth. “I gave up my job after my daughter’s birth but had to lead the family following Harish’s arrest, so I resumed job. I feel more confident now that my husband is back home,” she said.

Mr Bangera had been working in Saudi Arabia almost for 6 years and had visited his home in 2019 last.

The resident of Goyadibettu in Beejadi village, Kundapur, who worked as an air-conditioning technician for a company in Dammam was arrested for posting a derogatory post on Facebook against Saudi Arabia’s crown prince Mohammad bin Salman and the community.

The Udupi district police last year filed a charge sheet in connection with the arrest of two men for hacking the social media account of Mr Harish. Using the details of the investigation, Mr Bangera’s family managed to get him released.

Experts say Uttrakhand like tragedy could occur in J&K