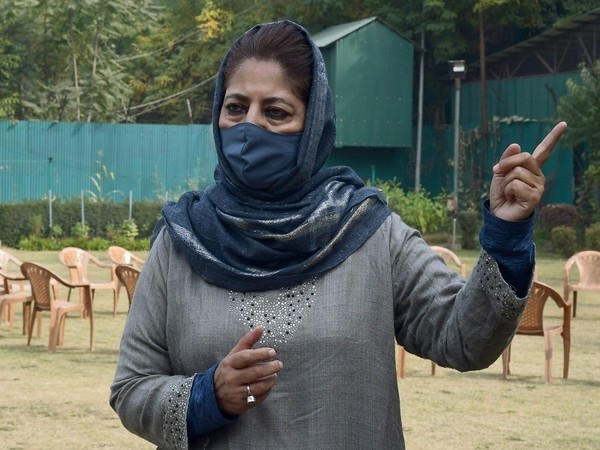 Srinagar, Nov 16: Mehbooba Mufti on Tuesday hit out at the government of India over the ‘use of civilians as human shields during gunfights.

The PDP president made the comments after the niece of one of the slain persons tweeted that: “You killed my innocent uncle Mohammad Altaf Bhat in cold blooded murder In Hyderpora, you used him as human shield and now saying he was “OGW”. return us his body.”

Mehbooba Mufti after retweeting this tweet from Journalist niece of slain man took to her Twitter handle, and said,” Using innocent civilians as human shields, getting them killed in cross firing & then conveniently labelling them as OGWs is part of GOIs rulebook now. Imperative that a credible judicial enquiry is done to bring out the truth & put an end to this rampant culture of impunity,” she said.

Meanwhile, while addressing a group of youths her party office in Jammu, Mehbooba said, “I came across a news about an encounter in Hyderpora. Militants got killed is understood but there are allegations by the family that the house owner was used as a human shield and was killed along with a young doctor.”

She said, “I do not know which category they (house owner and the doctor) will be put into but the heart aches. It pains to see that you have started targeting civilians while fighting militants. That is wrong.” (KNT)

73rd R-Day to be celebrated in Kashmir amid tight security