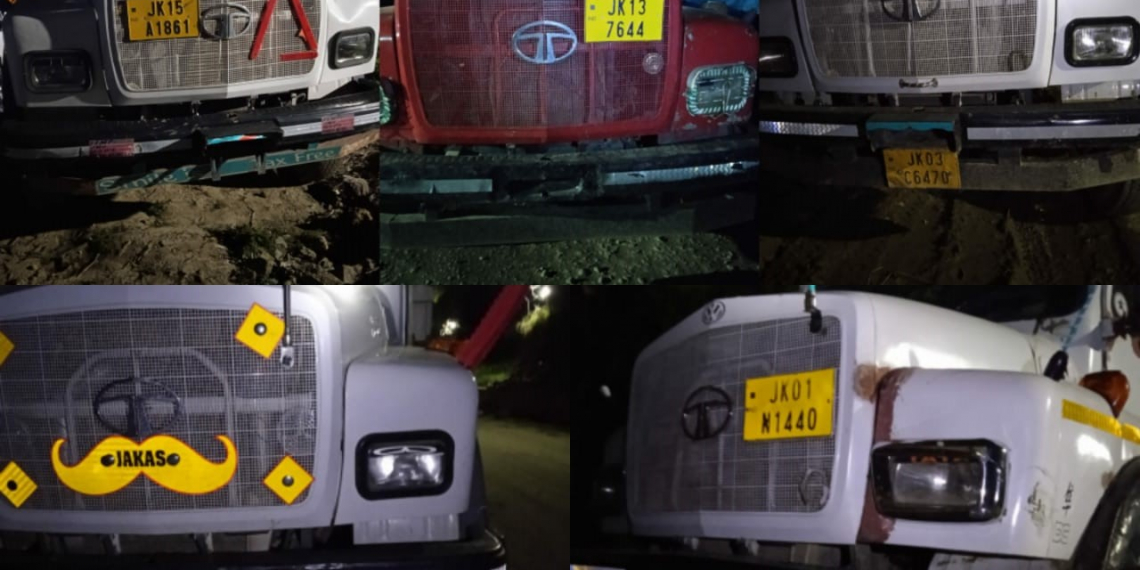 Bandipora Apr 25: Continuing with its drive Bandipora police in unison with Mining and Geology department with active participation of district administration have seized five tippers used in illegal extraction and transportation of sand and minerals in this north-Kashmir district.

The drive is being conducted under the supervision of Deputy Commissioner Bandipora Dr Owais Ahmad and SSP Bandipora Mohammad Zahid.

The said vehicles, as per the statement, were being used in transportation of minerals extracted illegaly.

In this connection legal proceedings under IPC and MMRD Acts against the violators has been initiated and further investigation has been taken up, it reads.

The special drive will continuously be carried out by the police along with Mining and Geology department through out the district in coming days too, it reads.

Meanwhile Bandipora police has reiterated its appeal to public from refraining to indulge in illegal extraction of sand and other minerals from any Nalla/stream, contrary to which strict action will be taken. (GNS)

Cop held with contraband in Kupwara