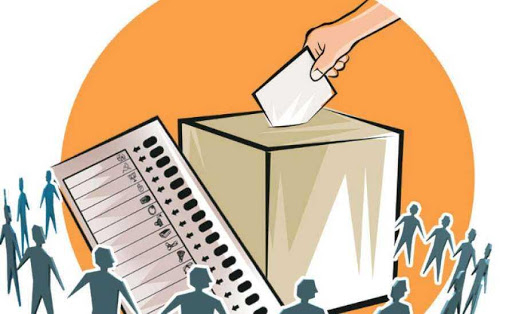 The joint CEO today said that there has been net increase of 772872 electors in the final electoral roll, i.e. a 10.19% net increase of the registered electors over the draft roll. “The final electoral rolls have a total of 8359771 electors, out of which 4291687 are male, 184 are third gender and 4067900 are females,” he said, according to news agency—Kashmir News Observer (KNO).

An official told KNO that there has been no abnormal increase of voters and increase of 10 percent after 3 years is a normal thing.

After the completion of delimitation exercise in the UT of Jammu and Kashmir earlier this year, the Election Commission of India ordered pre-revision activities in the UT of Jammu and Kashmir on June 10, 2022, which primarily included the task of mapping the existing electoral rolls of 83 pre-delimitation constituencies to the post-delimitation 90 Constituencies, in accordance with the delimitation commission’s order, rationalization of polling stations and integrations of the electoral rolls.

On completion of post delimitation follow-up and pre-revision activities, the Commission ordered special summary revision of photo electoral Rolls in the Union Territory of Jammu and Kashmir, with reference to 01-10-2022 as the qualifying date.

He said that this was for the first time in the history of J&K that more than 11 lakh names were included in a single SSR period. “Overall net addition of 772872 electors i.e. more than 10% of the draft electors is a milestone as the best figure till date even in election year SSRs was less than 2 lakh,” he said, adding that gender ratio has shown a remarkable increase by 27 points and stands at 948, which is much above the census gender ratio of the UT.

He said the photo coverage in the electoral roll was maintained at 99.99% showing that no new entry without a proper photograph has been allowed in the Electoral Roll. “There are 57253 marked PwD electors in the final electoral roll, an increase of 46% over the draft roll,” he said.

The joint CEO said though the special summary revision-2022 culminated with the publication of final electoral rolls in the UT on 25th November, 2022, the process of continuous updating shall, however, continue and any eligible citizen who has been left out of the electoral roll can apply though any of the modes of registration, i.e. Online though NVSP portal, Voter Helpline APP, Voter Portal or Offline by making an application to the ERO concerned.