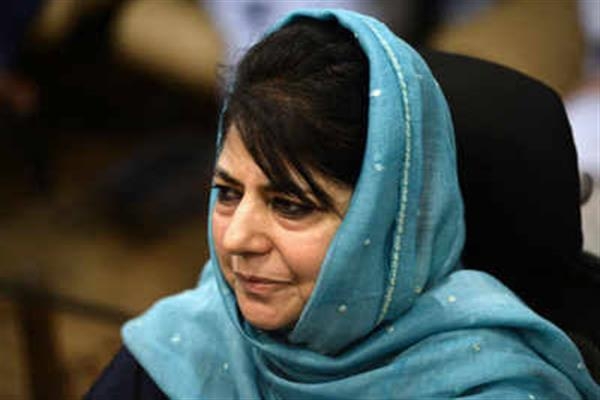 On Tuesday, Mufti had accused the BJP government of making people miserable while asking the Centre to show concern about the problems faced by the country’s citizens rather than deflecting through Afghanistan.

During her visit to Poonch, she said that the Central government is not listening to anyone, including the farmers who have been protesting against its policies for the past several months.

“Taliban are in Afghanistan. Why talk about them? We have a lot of issues here, the biggest being the farmers’ protest. Why do we not talk about farmers, corruption in the country?” Mufti asked.

“They do not talk about the issues of the people of Jammu and Kashmir which was bifurcated, rampant corruption and the lack of development.”

Further, the PDP chief said that she does not see any development in the UT following the abrogation of Article 370.

“The BJP has made the condition of the people of our country so miserable that they are not even able to buy ration. Farmers provide food for the people of the country but the BJP government has left them on the roads,” she added. (SOURCE TIMES NOW )

Drawing competition on Swarnim Vijay Varsh was organised in Mawer

‘ The Streets of Shopian’ Facebook page turn into voice of people